Where is the North Pacific Gyre? 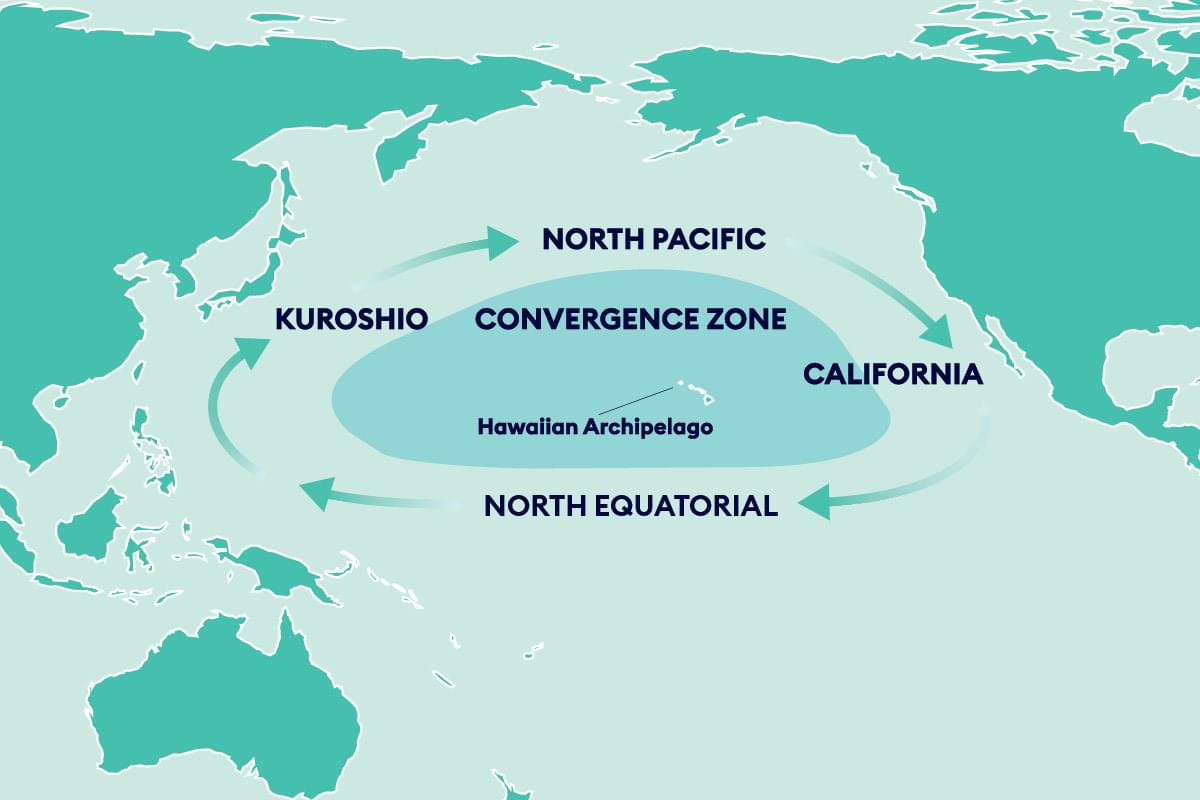 This map shows how the currents of the Pacific ocean create this large gyre. The currents collect and trap pollutants - most notably plastics, which has lead to the creation of 'The Great Pacific Garbage Patch' - a floating mass of debris destined to stay in the ocean for many years.

There have been many attempts to solve this problem - including the famous Ocean Cleanup project. Many scientists however doubt that such a project is possible, the scale of the Great Pacific Garbage Patch is so large than a better solution might be to stop plastic entering the ocean to begin with, and collect any pollution as it washes up on islands within the gyre - such as on the Hawaiian archipelago.

Where is the North Pacific Gyre?