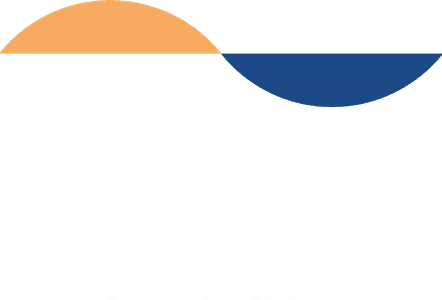 This is a summary of the scientific article 'Meteorological conditions leading to extreme low variable renewable energy production and extreme high energy shortfall' published in Renewable and Sustainable Energy Reviews in 2019 (https://doi.org/10.1016/j.rser.2019.04.065) designed to be used by students as part of the Climate and Energy unit.

One of the ways that Europe will be able to tackle the climate crisis is by moving to zero or low-carbon energy production. Renewable energy is already part of the power mix in Europe and its use is set to grow.

In a future with a higher proportion of renewable energy, there are challenges and risks. The drawbacks of wind and solar energy are that they do not provide a reliable and consistent power supply the amount of energy production depends on the weather conditions.

If the amount of energy needed on a given day were to outstrip the amount of energy being produced by renewables, even if just for a number of days, this would result in an energy shortfall. This means that energy planners will need to consider what back-up plans to put in place.

While this is a known issue in theory, this research is the first time that accurate figures have been put to the nature of the risk and scale of the challenge. This research looks at two risks. First, it examines the natural variability of wind and solar energy production over the year and how this matches energy demand. Second, it predicts which types of weather events may increase the chance of an energy shortfall.

Predicting the weather and climate is not easy. There are many factors that influence weather and general trends are easier to describe rather than whether it will be a sunny holiday in a few months’ time. To work out the predicted wind and solar energy production, the team ran a series of computer models to calculate the wind speed, solar radiation and temperature over a grid of 100 kilometre by 100 kilometre squares across north western Europe. To ensure accuracy, the computer ran the climate simulation many times resulting in 2,000 years’ worth of climate data. They used equations to calculate energy production from the weather data.

To calculate predicted energy demand, the team considered that the change in energy demand over the year is influenced by temperature, i.e. we use more energy in the winter to stay warm, and potentially a little more in the summer with air-conditioning. This variability was then combined with data on historical energy demand and population data to predict how energy demand may fluctuate over a year in the future.

Solar energy understandably saw peaks in the summer months (June, July and August) with longer daylight hours and less cloud cover, with a mean average for these months of 1.0 TWh per day. During the winter (December, January and February) this fell to a mean average of 0.3 TWh per day.

The overall picture saw combined mean total renewable energy production in winter exceeding that of the summer (3.3 versus 2.1 TWh per day), but energy production from these sources was also most variable during the winter months.

Energy production from wind and solar is not only affected by this seasonal variation between summer and winter, but also by weather events. The research identified instances of low energy production days that had a 1-in-10 year chance of occurring. The team worked to see what weather conditions were causing these low energy days, which saw North Sea wind energy production fall by up to 63%.

The research showed that high pressure systems over continental Europe reduced wind speeds significantly and the team found that these events had a significant impact on energy production, with lower wind speeds reducing the amount of energy produced by wind turbines.

From the data they learned that longer periods of high pressure, up to 14 days long, also occurred. This would mean the energy production would be low for 14 days in a row.

Any variation in energy production only matters for society if it means production cannot keep up with demand. They modelled European total energy demand peaks early in February due to cold temperatures (December, January and February mean of 8.5 TWh per day) and is lowest mid-summer (June, July and August mean of 7.2 TWh per day) [2].

Average renewable energy shortfall, i.e. the energy demand not met by renewables, is fairly constant throughout the year at 5.1TWh per day. There is, however, large variability over the year. The research focused on events where the energy shortfall exceeded 8TWh per day. All of these occurred during the winter months from November to March, with 81% in December and January. This is because of the effect of low temperature on demand, coupled with low energy production.

During these energy shortfall events, the entirety of the region was colder than normal, in some places 6°C below average. This resulted in a project average energy demand of 8.9TWh per day, which is not high when considered on its own, but can be a challenge.

The main of objective of this study was to investigate meteorological situations in relation to renewable energy generation.

The results were robust to changes in the spatial distribution of wind turbines and solar panels, as the high-pressure weather events cover most of Europe, affecting renewable energy production of the whole region.

It was assumed that wind turbines over land were 80m and the offshore turbines were 120m. With increases in the height of the turbines more wind will be harvested, leading to higher absolute energy production.

Future studies should include interdisciplinary research teams as they provide a new way of analysing climate data. There should also be a focus on discovering the ‘true’ societal impact, with more studies identifying interactions between climatic drivers, hazards and societal risk. The research from such studies will help us become more resilient and implement more effective systems of energy production and storage.

The question for policy-makers and citizens is how to deal with the variability of the weather in a future with a high proportion of energy coming from renewables.

[2] To put this into context, the average domestic electricity consumption in the UK in 2018 was 3.4 MWh per year (2018 UK government figures). So, the energy demand looked at in this paper is enough to power 923 million UK homes or 2.36 billion TVs left on for 24 hours a day (NB domestic consumption is only a fraction of overall electricity use).