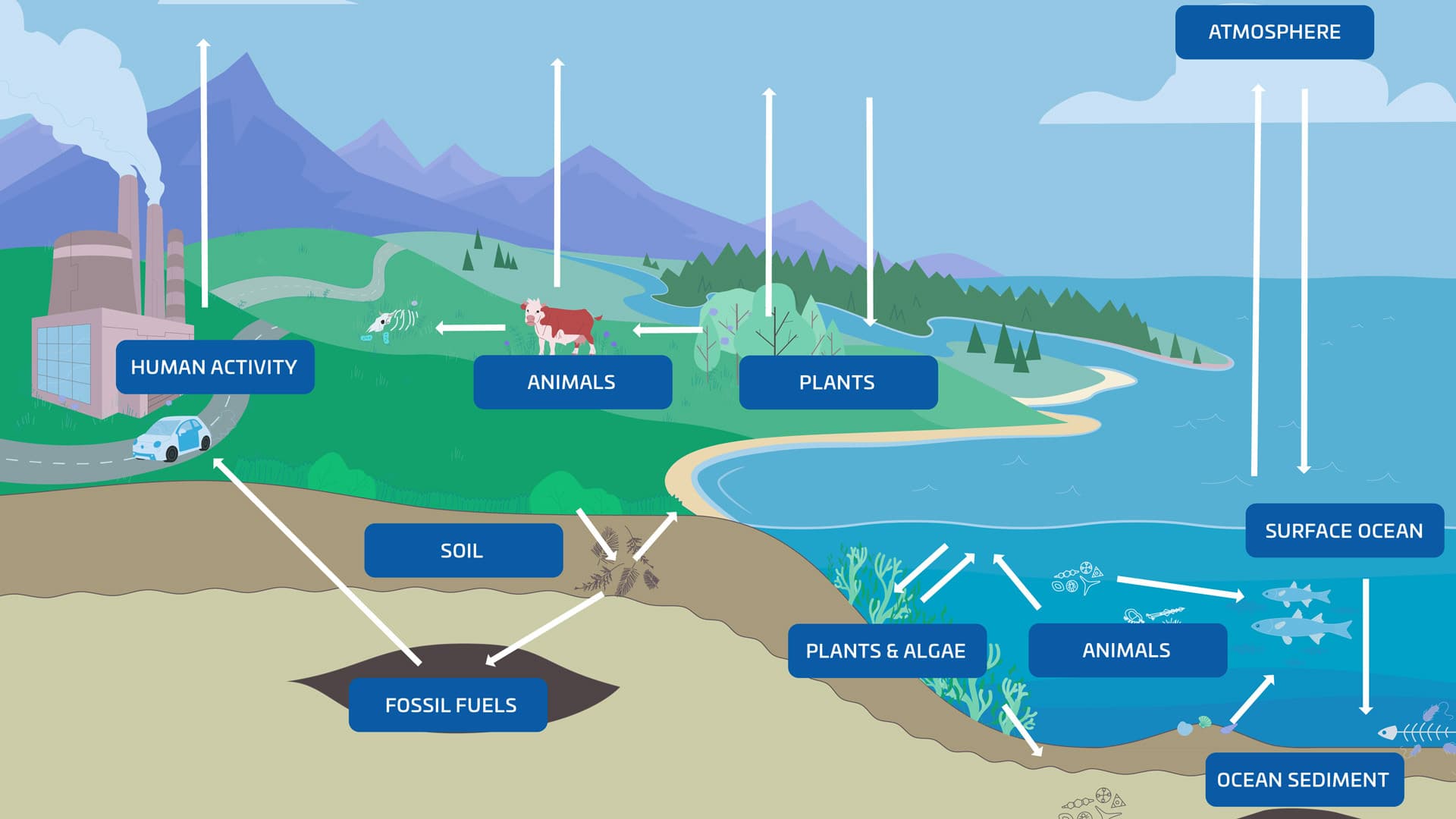 This activity focuses on the processes in the global carbon cycle. It can be played individually or in small groups of two to four. Each player will move their counter around the board using the instructions. Players will use a dice to see how their carbon counter will move around the different stores in the carbon cycle.

This activity is designed to review the processes involved in the global carbon cycle. It can be used as a standalone activity, with subject knowledge revision of each of the processes included under the Find out more tab.

Download the board and instructions from the What you’ll need tab and print a copy for each of group or individual. Each group will need a dice, and each individual will need a counter such as a pen top or coin, as well as a copy of the record sheet.

As a reference for the processes, students can view the Carbon cycle interactive (intermediate).

Water in the surface ocean mixes with water in the deep ocean. This is driven by the different densities of layers of water. The density of water changes with its salinity (salt content) and temperature.

Combustion refers to the human burning of fuel. In relation to the carbon cycle, this is mainly the burning of fossil fuels (coal, oil, and gas) for energy. This releases the ancient plant (and animal) carbon back into the atmosphere.

When animals eat plants or other animals, carbon is consumed.

Decay or decomposition is the process where dead plants and animals break down once they are dead. It is helped by different organisms from microbes to worms.

Fossilisation is rare. Normally, dead plants and animals decay. Sometimes, just the hard parts of an organism remain preserved as fossils in layers of sediment or mud. Fossil fuels are formed when whole plants, algae, and animals do not decay, but are subject to huge pressure and trapped in layers of rock. Through this process ancient plants and marine organisms can turn into fossil fuels such as coal, oil, and gas.

Photosynthesis is the process by which plants combine carbon dioxide from the atmosphere with water to create sugars. This process is powered by energy from the sun and enabled by chlorophyll in the leaves.

Animals and plants use food for energy. During aerobic respiration, sugars are combined with oxygen, and carbon dioxide and water are released. Respiration can also take place without oxygen. This is called anaerobic respiration.

Dead plants and animals, as well as mineral particles, fall from the surface ocean to the deep ocean. When these reach the bottom of the ocean, they create a layer of sediment. Carbon is stored in the sediment through this process.